(If you’re interested with the theme I am using, it is Shades of Purple by Ahmad Awais) 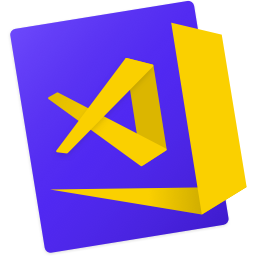 🦄 A professional theme suite with hand-picked & bold shades of purple for your VS Code editor and terminal apps. One of the excellent most downloaded and top rated VSCode Themes on the marketplace. Part of VSCode.pro course.

Building up scripts to run common tasks is a way to automate needing to write complicated commands into one-line statements.

If you are working with NodeJS, this is done with the scripts field in a project’s package.json file. there are a few scripts that most people write such as test for running tests, lint to run linters, dev and prod to run applications in development or production modes, and compile or build to make a production-ready build of your application.

With VS Code, these NPM scripts are picked up by the task runner without needing any additional configuration. if you run the “Tasks: Run Task” action in the command palette, you will see a list of the NPM scripts in your project.

When you run any task, a terminal will appear in the panel at the bottom of your editor and will execute the script. Once it finishes, it will prompt you that you can close the terminal by pressing any key, but if you run the task again, it will use the same terminal.

Although you can do a few keyboard shortcuts to run the “Tasks: Run Task” action and then quickly search for the task, you can enable two tasks to be defaults. You are able to setup a default build task which you want to run when building your project as well as a default test task for running tests.

I find this useful with running unit tests. If you are running tests that take seconds to go through, you can set the default test task to run npm test for you and then it can run through your test runner in an instant. Then as described in my Keyboard Shortcuts post, you can map this action to a keybinding so rather than opening the command palette, you can type a few keys to automate running tests. I personally have mapped the tests task to cmd+k t which allows me to go between working on code and running tests without almost any context switching.

For those who prefer GUI based systems, as of the April 2018 release of VS Code (V1.23), There is a new viewlet that can be enabled in the Explorer view to display NPM scripts to be activated with a few clicks.

To enable this, open the User settings view and search for “Script Explorer” and you should see the following option below.

Once enabled, if you open it, the NPM Scripts viewlet will be put at the bottom of the Explorer view and you can view all of the created NPM scripts in the current workspace. click on the play button to the right of each one to activate them with ease.

Out of the box, the tasks system is very convenient to run tasks that you’ve built already, but VS Code has good support to go beyond the default and create very custom tasks to be run through VS Code. That said, the syntax has a lot to go over and Microsoft has already written on this in depth. If you want to dig into this, head over to Custom Tasks on the docs site.

In summary, the Tasks system in VS Code integrates your scripts for projects directly into the editor. If you use other languages or tasks runners like Gulp or Grunt, they are also supported either out of the box or with an extension. It’s a very small detail but can increase productivity a lot as you use it more and more.